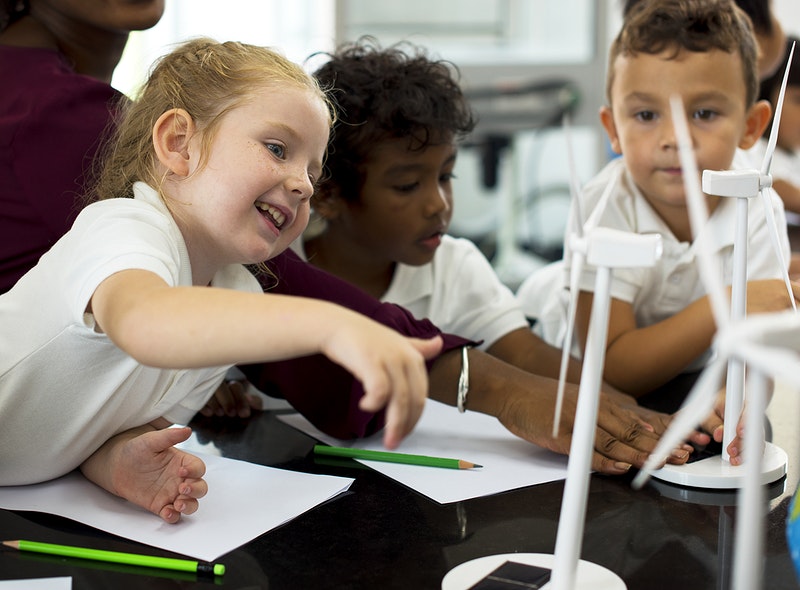 For toddlers, developing the ability to cross the midline at an early age is essential for their brain development. According to Therapy Street for Kids, crossing the midline is the ability to reach across the middle of the body, with the arms and legs crossing over to the opposite side. Crossing the midline of your body helps build pathways in the brain and is an important prerequisite skill for developing more complex abilities later in life. Children who have developed cross the midline do well in reading, writing, completing self-care skills and participating in sports and physical activities.

Crossing the midline is also related to developing right or left-handedness. Establishing a “worker hand” and a “helper hand” is a sign that the brain is maturating, and lateralization is occurring, and is strongly correlated with the ability to cross the midline. Both sides of the brain need to talk to each other for the “worker hand” and the “helper hand” to work together and complement each other. Coordinating both sides of the body can be difficult for the child who avoids crossing midline. Often, these children have not yet established a hand preference, sometimes using their left and sometimes using their right to draw, color, write, eat, and throw.

According to Marissa Edwards, a licensed Occupational Therapist at North Shore Pediatric Therapy, children who have difficulty crossing midline may appear ambidextrous because they are often observed using both hands, but they actually have a hidden neuroprocessing issue. Both sides of their brains are not communicating, resulting in decreased coordination, decreased motor control of movements and difficulties achieving higher level skills. Furthermore, when a child has difficulty crossing midline, it can affect his/her ability to read. It also affects handwriting, as diagonal lines cross the midline, and the child may need to stop in the middle of the page to switch hands when writing from left to right.

Here are a few of many activities that parents can adopt to help their children develop the ability to cross the midline and build stronger coordination and neural pathways.

Bubble popping: Blow bubbles and then have your child pop the bubbles with only one hand. They will have to reach across their body to pop the bubbles floating on the opposite side.

Reaching and throwing: Have your child reach for bean bags, balls, stuffed animals, or other objects across midline, then throwing at a target.

Windmills: Have your child stand with feet spread apart and arms extended out to the sides. Bend over at waist and tap right hand to left foot. Stand back up and then bend and tap left hand to right foot.

Blocks and percussion: Have your child bang blocks or percussion instruments together at their midline.

Play games like Twister or Simon Says: Playing Twister forces your child to reach spots where they’re required to cross the midline. With Simon Says, you can give all sorts of midline-crossing instructions such as, Touch your right foot with your left hand.

Sticker removal: Place stickers on one arm and encourage your child to remove them with the opposite hand.

Some long-term activities that have proven to be beneficial include:

In addition, a five-year study by USC neuroscientists, music instruction appears to accelerate brain development in young children, particularly in the areas of the brain responsible for processing sound, language development, speech perception and reading skills. Senior researcher and study lead author, Assal Habibi, states that the results suggest that children with music training, compared with other comparison groups, had a more developed auditory pathway. This, he suggested, improved the brain’s efficiency. The fine-tuning of the auditory pathway can accelerate the development of language and reading, as well as other abilities–a potential effect which scientists are continuing to study.

Young children’s brains are designed to learn language. Starting them early enhances brain development and helps set them up for success. There is a growing body of research that shows that bilingual children perform better in areas such as reasoning and thinking compared to children who speak only one language.

While teaching your children new languages helps their brain development in certain areas, there are some considerations to bear in mind. For one, they have to be in an environment where their household intentionally supports bilingualism. If the bilingual environment is not consistent, children are less likely to maintain one of the languages. Also it’s been found that bilingual children take longer to fully develop their vocabulary. Experts say it’s because they have to manage two vocabularies. As a result, it’s important to be more patient with them as they develop their vocabularies in both languages.

Playing games accelerates brain development in many different ways. Games can improve attention, concentration, and coordination. In addition, they can help develop skills such as problem-solving, planning, and cooperation. Different games can develop different skills and abilities. Even the classic games offer good brain development opportunities. Here are a few to consider:

Bingo – No matter which version you’re playing, children’s listening and memory skills will get a workout. In addition, they benefit from practicing their ability to visualize shapes and objects, and then match them on their card, both of which are necessary for learning to read and doing math.

Dominos – Dominos helps kids recognize numbers or objects quickly. It develops their ability to spot patterns. The game also sharpens critical thinking and strategy, since older kids must decide how to maximize the number of points.

I Spy – I Spy helps kids practice their visual skills and letter recognition. In addition, since the game is based on rhymes, ie. I spy with my little eye. . . it helps your child become more aware of language structure by hearing the syllables in each word and sentence.

Connect Four – Connect Four helps children develop their ability to think critically and logically. In addition, they develop the skill of divided attention since they must focus on both what they are doing and what their opponent is doing.

Monopoly – Kids develop their ability to handle money and making change. In addition, they learn concepts such as saving, budgeting, financial planning, and even adapting to sudden changes like (gulp) going to jail.

These are just a few of the many board games on the market. For a more complete list of games and their brain benefits go to http://www.parenting.com/gallery/board-games-boost-brain-power. An added bonus of game night is spending time with your loved ones and the strengthening of family bonds.

Make sure that your child gets plenty of exercise. Besides all the benefits we already know about regular exercise, it’s been found that children who get regular exercise develop quicker than those who don’t. In fact, a 2007 German study showed that people learn vocabulary words 20 percent faster following exercise than they did before exercise.

It is widely known that while our brain makes up a small percentage of our total body weight, it requires a whopping fifth of our oxygen-rich blood supply to operate correctly and develop. So, keep your kids on a regular exercise program or playing sports so that their brains can benefit from a healthy cardiovascular system.

These are just a few tips to improve your child’s brain development. There are hundreds of different methods people use to activate the brains of their little ones so, take the time to find what works best for you and your family. The key is taking action on one or more of these tricks and in no time, you’ll see your child blossom. 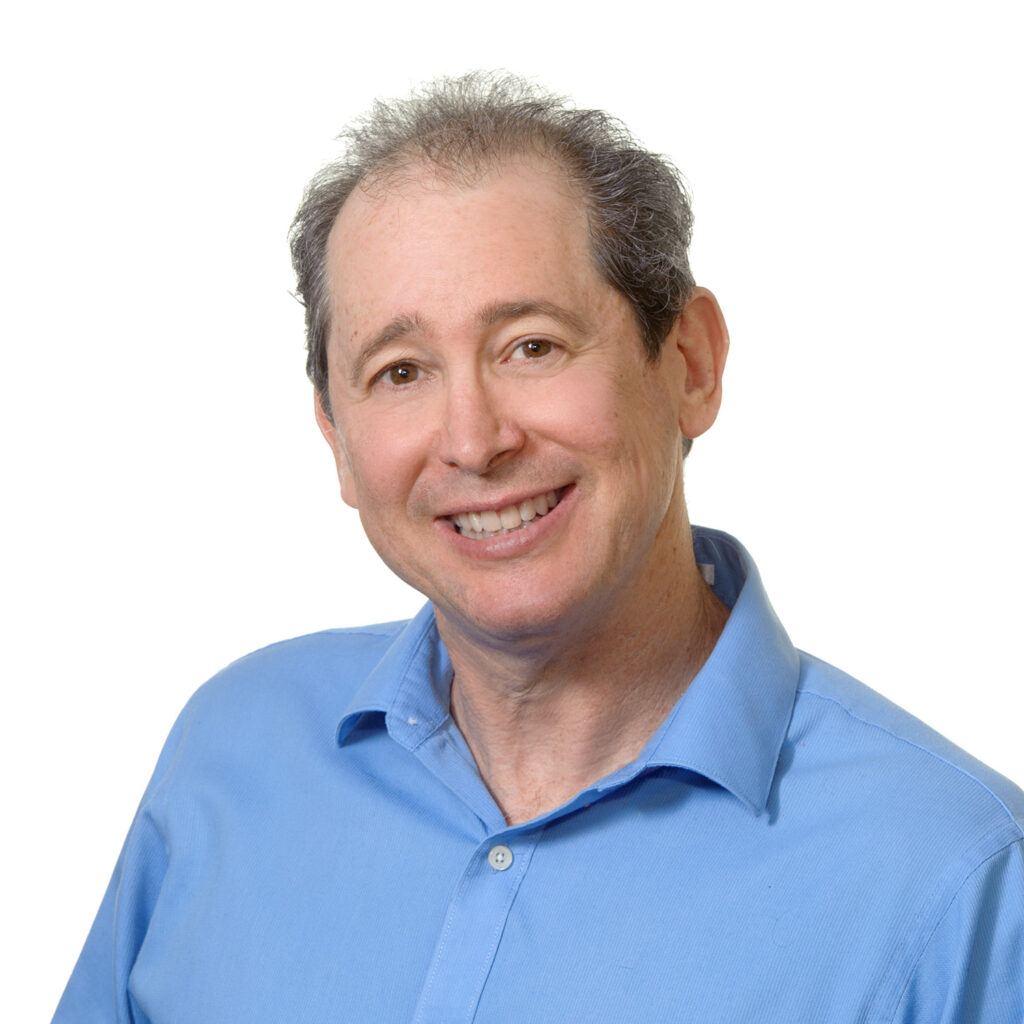 Michael Lawrence Green founder of MEMORY SPRING is a loving father and public speech expert who currently resides in Northern California. A graduate of California State University, Northridge, Michael holds a Bachelor of Science degree in Business Administration, with an emphasis on Finance. Michael is passionate about helping people reach their personal and professional goals while maintaining an attitude of gratitude.